(Medical stuff has caused me to miss the last post and abbreviate this one.  [I would like conservative free-market privatized health care advocates to spend three hours in an emergency room.]  I present a variety of unusual bank notes.  The images could be better, but removing all the bills from their frames was too much work.)

We start with inflated notes.  (For the greatest inflation ever see the earlier post The Sad History of the Hungarian Pengo.)

Most of you have probably seen the classic Zimbabwe bill.

This is one of the last notes printed by the collapsing Yugoslavian government.

This one is from the short-lived country of Serbia Krajina, which consisted of the Serbian parts of Croatia that seceded in 1991; it was reincorporated into Croatia in 1995.

Here are some notes issued by Germany during the acute inflation of the twenties, not by the state but by the railway system.

Also from this period, Notgeld (“emergency money”) issued by the city of Gotha for local use. 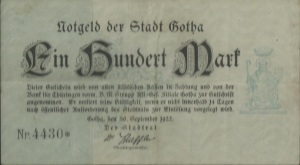 Here is the earliest bill issued by the Weimar Republic – 1919; it still has the imperial eagles of the Second Reich. 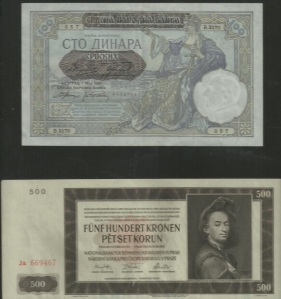 Moving east, we encounter money issued by a couple of very brief authorities.  From the nightmare of the Russian Civil War (1917-1922) notes printed by the two major White powers.  The first is from Kolchak’s Siberian army; 50 kopeks, not much.  He ended up dead.

The scond bill is more impressive, issued by the Don Cossack Military Government  in the south, but a 10,000 ruble bill does not suggest widespread confidence.  Denikin and Wrangel and their friends also ended up dead. 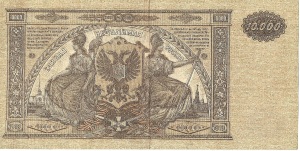 And more emphemeral money, these from the State of Chihuahua during Mexican Revolution (1910-1920).  The two men portrayed on these 1914 notes, Mexican President Madero and Chihuahua Governor Gonzales, had both been assassinated the previous year. 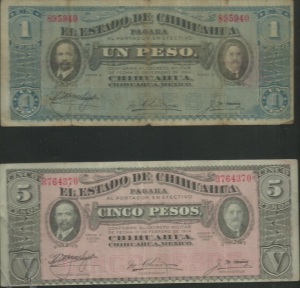 And finally, the last issue of the Khadafi government in 2009, the famous “Jack Benny” bill.