Some of our foreign friends may be wondering what this “government shutdown” in America is all about.  After all, even many Americans do not have a clue.  So, here is a primer on one of the stranger practices of the US government.

What is a government shutdown?

A government shutdown occurs when Congress (Senate and House of Representatives) fails to authorize money for the operation of the federal government or fails to overcome the President’s veto of a funding bill.  This situation is virtually unique to the United States, with its separation of powers.  It simply cannot happen in a parliamentary system, and in most countries with a presidential system the executive is strong enough to keep the government going.  Only “essential” services are maintained, which of course includes the active core of all the military, security and intelligence agencies – and Congress.  While hundreds of thousands of federal employees are left with no paychecks, and the American people, especially those of lower income, are left without all those “nonessential” services, which include such things as food inspectors and virtually every program serving the poor, the Congressmen, who are responsible for this fiasco and individually well off, continue to receive their pay.

Why does a government shutdown happen?

Basically, a shutdown occurs because the politicians in Congress are more interested in their own agendas than the welfare of the country, and holding the government hostage is viewed as an excellent mechanism for getting one’s own way.  Part of the game of course is to insure that the other party receives the blame from an outraged electorate.  In this case it is the Republican extremists who represent the Tea Party and its obsession with resisting Obamacare at all costs, and apparently that includes national suicide.

What is the Tea Party?

The Tea Party is a collection of anti-government extremists, who are at the least ignorant and in many cases actually stupid.  They feel that the only legitimate functions of the federal government are external and internal security and preventing the people from engaging in fun activities, like sex.  They oppose any credible health care system because of the inherent “socialism,” a concept that most of them would be hard pressed to explain accurately.  These fanatics have no interest in the opinions of the American people.  Their latest leader is Sen. Ted Cruz of Texas, and while he is not the stupidest person in Congress (that would be Rep. Michele Bachmann, though the competition is fierce), for the moment he is certainly the biggest buffoon. 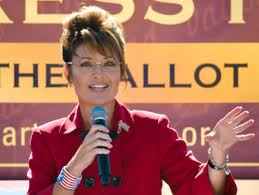 Why is that these minority extremists have such power?

I really have no idea.  You will have to ask John Boehner, the Speaker of the House, who seemingly fears for his job more than the fate of the republic.

Why are these self-interested airheads reelected to Congress?

They are in office, like most of Congress, because of more than a century of gerrymandering voting districts, that is, reshaping congressional districts to contain a majority of voters of one party or the other, thus guaranteeing reelection.  This results in the American equivalent of a rotten borough and tenure for life; in the eighties there was more turnover in the Soviet Politbureau than in the American Senate.  Second, they typically have wealthy patrons who, for whatever strange reasons – usually payback in the form of political favors – fund the candidate’s campaign.  Finally, there is the shallowness of the American voter, who apparently votes for the person who bombards him with the most ads.

That there are only two, and apparently permanent, parties aids and abets this corruption, since there is little difference between the two when it comes to self-interest and contempt for the people.  There is of course an ideological divide, but that only matters when it comes to secondary interests, such as governing the country.  In the areas that really matter – rewarding your contributors, feathering your own next, guaranteeing reelection – there is little difference between Republicans and Democrats.  Instead of the lists of government approved candidates traditionally provided in dictatorships Americans essentially get lists of candidates approved by either of the two parties.

Who gets hurt during a government shutdown?

This is easy: the people, especially those in the lower income groups.  The American economy is injured, and the global economy also takes a shot, which seems unfair insomuch as a handful of jerks in the United States can negatively impact people who never had the (somewhat dubious) privilege of voting for them.  Well, this is the story of civilization, and throughout history most of humanity has been at the mercy of incompetent and/or malicious elites.  The difference now is because of the global economy and America’s staggering economic and military power, the bozos in the US government can potentially screw up the lives of everyone on the planet.  That’s power.

Why is this allowed to happen?

See all of the above.  The government shutdown may be seen as another manifestation of America’s new “exceptionalism,” which is pretty much all negative.

What will happen next?

If the pattern holds true, growing popular outrage will compel the responsible party, in this case the Republicans, to reign in their extremist minority, but only after squandering hundreds of millions of tax dollars and causing needless suffering for a lot of people.  Then they move on to refusing to raise the debt ceiling, and Americans and the rest of humanity enjoy the excitement of possible return to a global recession.

What will happen in the longer run?

We will reelect most of these people or be presented with others like them, and the game will go on.  Coincidentally, as I was finishing this I heard house Speaker Boehner proclaim with appropriate indignation “This is not a damn game!”  Well, certainly not for all the ordinary people who are being hurt, but for Boehner and his political colleagues it sure is, and they will play it over and over.

“This isn’t some damn game!”