December 1916 began with Greece, the reluctant non-ally, on the verge of civil war.  Despite the presence of Allied forces in the Piraeus, on 1 December the government in Athens refused to accede to the Allied demands to expel ministers of the Central Powers and turn over war material (19 November).  A fire fight broke out between the French troops and the Greeks, including an exchange between Greek artillery and Allied warships, and outnumbered and short of supplies, the Allied troops were withdrawn the same day.  Five days later there was a massacre of Venizelos supporters in Athens.  On 8 December Allied naval elements began a blockade of Greece, at least those parts still controlled by Athens. 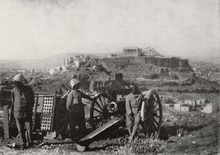 On 11 December the Allies, once again with no legal basis, demanded that Greece demobilize and three days later that Greek military units loyal to Athens be withdrawn from Thessaly, the area to the southwest of Salonika.  The next day Athens accepted the ultimatum but two days later issued an arrest warrant for Venizelos on grounds of high treason, an understandable move.  Britain responded on 19 December by recognizing the Venizelos opposition government, and there was little Athens could do about it.  As Thucydides said: the strong do what they can and the weak suffer what they must.

But peace was in the air, at least among the Central Powers, who were apparently starting to feel the effects of the British blockade and the huge losses in France and Italy.  On 12 December the governments of Germany, Austria, Bulgaria and Turkey handed notes to their respective American ambassadors that they were prepared to open negotiations with the Allies.  On the 18th President Wilson responded by sending notes to the Allies proposing peace negotiations, which the Central Powers accepted and the Entente declared they would consider.  Consider it they did, and on 30 December they rejected the proposal, condemning Europe to two more years of war.

On the British front the Liberal/Conservative coalition government of Herbert Asquith fell on 4 December, a victim of military disappointments and casualties, sundry domestic crises and Parliamentary politics.  Two days later his War Minister and fellow Liberal, the colorful Welshman David Lloyd George, became Prime Minister, where he would remain until the end of the war.  Many now consider Asquith the most important Prime Minister of the 20th century, insofar as he was able to implement national mobilization and take a united Britain into the war.  He was the last Liberal Prime Minister to govern, at least initially, without a coalition; the Liberal Party was giving way to Labor as the party of left and was dissolved in 1988 after a 129 year run. 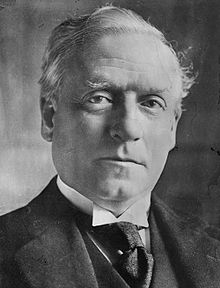 On 13 December operations began for as second assault on Kut in Mesopotamia, and 48 hours later Britain restyled the Sharif of Mecca as “King of the Hejaz” in place of “King of the Arabs.”  Ah, perfidious Albion.  On 21 December Commonwealth forces occupied El Arish, about 30 miles from Gaza, and the door was now open for the invasion of Palestine. 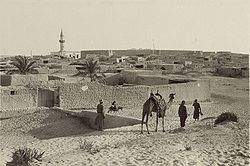 In miscellaneous news on 6 December Bucharest was captured by the Germans, completing the virtual ruin of Romania.  There was no actual capitulation, but more than two-thirds of the county was now occupied by the enemy and the army had almost vanished.  The Romanian government had clearly made a dreadful mistake in going to war and in less than four months had lost their country and suffered 300,000 to 400,000 military casualties to the Germans’ 60,000.  On the other hand, if the Allies won the war, Romania could expect territorial additions.

In France Robert Nivelle, fresh from his successes at Verdun, replaced Joffre on 12 December as Commander-in-Chief, just in time to face the mutinies of 1917.  Joffre was made “General-in-Chief,” an office he soon discovered provided him with little real power.  On the 26th he was made a Marshal of France, which may have taken some of the sting out of being demoted. 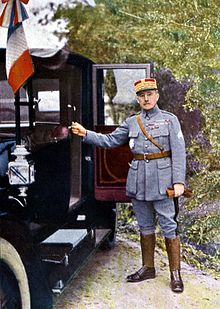 Finally, Russia.  On 2 December the government announced that the Allies had confirmed Russia’s right to Constantinople and the Straights, and about a week later the Murmansk railroad was completed, making it much easier for the Allies to supply the under-industrialized country.  None of this mattered, though, since the Russian armies were crumbling, and the smell of revolution was definitely in the air.

Nor did the most famous event of December 1916 matter: the assassination of Grigori Rasputin.  In the course of 1916 the grip of the alleged monk on the Czar and Czarina had been steadily growing, fueling popular dissent against the incompetent Nicholas, who was believed to be controlled by his wife (he was), who in turn was controlled by Rasputin (she was).  The fact that Alexandra was German (a daughter of Grand Duke Louis IV of Hesse and Princess Alice, daughter of Queen Victoria) certainly did not help.

Rasputin preparing to entertain (everyone is still sober and dressed) 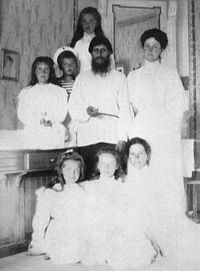 Rasputin with Alexandra and the children 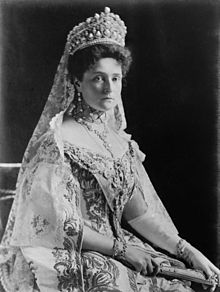 The future Alexandra (lower right) with her siblings and grandmother Victoria

A conspiracy led by Prince Felix Yusupov, nephew-in-law of the Czar, was formed to eliminate Rasputin; other prominent members were Vladimir Purishkevich, a popular right-wing politician, and Grand Duke Dmitri Pavlovich.  Cultivated for weeks by the Prince, Rasputin was invited to a midnight gathering in a furnished basement room in the Yusupov Palace in St. Petersburg, lured on by the promise of women, especially Yusupov’s wife, who in fact was in the Crimea. 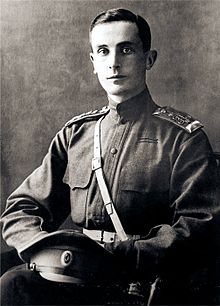 Since the murder immediately moved into the realm of legend, the story confused by conflicting accounts by the participants, it is impossible to know exactly what happened the night of 29/30 December (16/17 by the Russian calendar).  Once there Rasputin was supposedly fed pastries loaded with potassium cyanide, since shots might have been heard, but there are problems with this story, the main ones being that Rasputin did not die and the autopsy found no cyanide (the autopsy report is missing).  It has been suggested that the poison may have been ineffective because the monk’s stomach acidity was not high enough to alter the potassium cyanide into its deadly form, hydrogen cyanide, but in fact Rasputin seems to have been troubled by stomach acidity.

In any case, poison or no poison, Yusupov shot Rasputin in the chest and he fell to the floor, only to open his eyes a while later and run up the stairs and into a courtyard.  There he was shot in the back by Purishkevich and fell into the snow, and one of the two then put a bullet in his forehead.  They wrapped the body in a cloth, drove to the Malaya Nevka River and threw the corpse off the Bolshoy Petrovsky bridge into a hole in the ice.  According to the lost autopsy report, he was already dead from the bullet to the head.  Because of clues left behind (the assassins were hardly professionals), the body was found two days later, and early in January Yusupov and Pavlovich were sent into exile without investigation or trial; no others were punished.

…out of the water…

The corrupt monk was gone; Alexandra and Nicholas would soon follow.