(Finally. I have found the research for these pieces to be fairly time consuming, so I may have to back off on the detail. It would be nice to comment on other things occasionally.  Incidentally, my Latrodectus Hesperus has disappeared – pity, I got used to seeing her there whenever I went into the utility room.)

In June and July of 1915 nothing much was happening on the Western Front: Im Westen nichts Neues. Nothing much beyond a daily death toll from shelling, trench raids and suchlike. But there was plenty of action in the east. At the beginning of June it was decided to continue the Gorlice-Tarnów offensive in Galicia despite the entry of the Italians into the war, and Lemberg was captured on 22 June and the Bug River reached by 13 July. This created a huge Russian salient stretching west to Warsaw, and the next step would be to pinch it off.

Further to the south in the Caucasus the Russians launched a new offensive on 19 June and immediately ran into stiff Turkish resistance. Most specifically, on 10 July they attempted to clear the area west of Manzikert, captured earlier, and found themselves outnumbered three to one by the Turks, who promptly counterattacked on 16 July. The Russians evacuated the entire Van region, and on 20 July Turkish forces recaptured Manzikert, site of the monumental victory of the Seljuq Turks over the Byzantine Empire in 1071. Even further to the south the Indian Expeditionary Force was slowly making its way up the Tigris, suffering far more from the heat and disease than Ottoman resistance.

Troops of the Indian Expeditionary Force 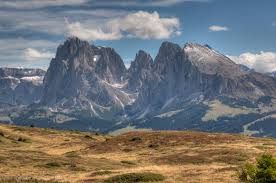 Off to the west the Italians struck their first blow on 23 June, seeking to force the Austrians from the Isonzo (Soča) River and capture Gorizia, the key to Trieste to the south. The Italians had a three to one edge in troops, but their equipment was inadequate, the morale of the poorly trained recruits was low and their commander, General Count Luigi Cadorna, unpopular. Cadorna understood only one offensive tactic, the frontal assault, which was certainly a questionable approach against the well-fortified Austrians on higher ground. The First Battle of the Isonzo ended on 7 July with minimal Italian gains and 15,000 casualties against 10,000 for the enemy. Receiving reinforcements and more artillery, he tried again on 18 July, and fierce hand-to-hand fighting characterized the Second Battle of the Isonzo, which came to an end on 10 August when both sides ran out of ammunition. The Austrian lines held, though they lost 46,600 men; Cadorna lost 41,000. There would be more. 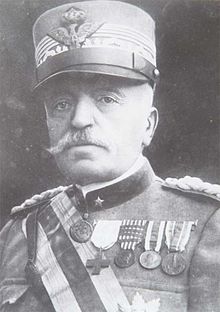 Meanwhile, far to the south an odd naval war was taking place. Crippled by engine problems, the German light cruiser SMS Königsberg hid in the Rufiji River delta, where she was discovered in October 1914. On 5 November three British cruisers cornered the Königsberg, but they were unable to sail up the delta and after firing a few shells they settled for a blockade. By March 1915 the Königsberg was in trouble with shrinking food supplies, low morale and deaths from tropical diseases, but though a German supply ship pretending to be Danish was trapped in Manza Bay and burned, much of the cargo was retrieved and delivered to the Königsberg and German land forces. In June two British monitors towed from Malta arrived at the Rufiji, and aided by spotter aircraft (before they fell apart in the glue-melting heat), they destroyed the Königsberg, which was scuttled by her captain, Commander Max Looff. Salvaging the cruiser’s ten 105-mm guns, the crew ultimately joined

One of the Königsberg’s guns 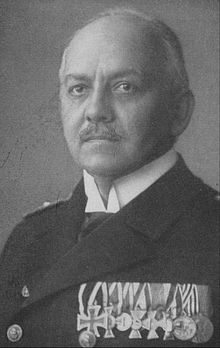 Then there was Lake Tanganyika. At the outbreak of war the Germans had two small warships on the lake, SMS Hedwig von Wissman and SMS Kingani, both in the fifty ton range. They quickly seized control of the lake, sinking a Belgian and a British steamer, and that allowed them to easily send raiding parties into the Belgian Congo and Rhodesia. In February 1915 the Germans launched the 1600 ton SMS Graf von Goetzen, which had been built in Germany in 1913, disassembled and packed into 5000 crates and shipped to Africa. In response the British ordered from England two forty foot motor boats, the Mimi and the Toutou, which were loaded on a freighter and dispatched to Africa on 15 June 1915. Their arrival would set the scene for Hepburn and Bogart in the African Queen.

The Goetzen’s 105-mm gun from the Königsberg

Finally, the Armenians. As non-Muslims in the Ottoman Empire, the Armenians had long suffered discrimination and disabilities, but not until the late nineteenth century did the oppression blossom into widespread violence, as growing Armenian resistance, the proximity of the Russian Empire and Great Power interference brought on a Turkish backlash. While the government deliberately stirred rebellions with harsh measures, Kurdish irregulars were unleashed on the Armenians to essentially do as they pleased. The result was the Hamidian massacres of 1894-96, in which between 100,000 and 300,000 Armenians were killed. But in July 1908 Third Army officers who were members of the progressive Young Turk movement compelled the despised Sultan Abdul Hamid II to establish a constitutional monarchy. All the minorities rejoiced. 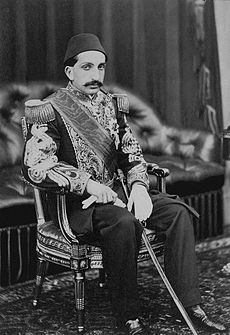 Early next year there was a counterrevolution, but the government was able to suppress it and depose Hamid in favor of Mehmed V, who would be only a figurehead. During the brief struggle, however, the reactionaries took out their anger on Armenians, and when troops were sent in to quell the massacres, many joined in the looting and killing in Adana province. Anywhere from 15,000 to 30,000 Armenians died in the Adana Massacre. The loss of most of the Ottoman territory in Europe as a result of the Balkan Wars (1912-1913) convinced many Turks to focus more attention on the Anatolian heartland, in which region the Armenians were a large minority. Further, a flood of Muslim refugees from Europe washed across the Bosporus, and perhaps 800,000 settled in Armenian areas, where they would play a major role in the slaughter to come.

On 24 April 1915 some 250 Armenian leaders and intellectuals were arrested, later to be executed or deported, and on 27 May Istanbul ordered the forced deportation of all Armenians, the notorious Temporary Law of Deportation. Granted, many had been aiding the Russians, but old hatreds mattered more, and it quickly became clear that deportation was simply a mechanism for killing Armenians of all ages. The “deportations” were actually death marches, and for those who survived the depredations and attacks there were “concentration” camps, where the inmates were essentially starved to death. The Turks did not operate with the incredible efficiency later displayed by the Third Reich, but the whole operation was a deliberate attempt to exterminate the Armenians. It was in fact witnessed by many of the German officers aiding the Turks, and they were appalled by what they recognized as simply murder on a mass scale. And a century later Turkey still maintains this holocaust never happened. 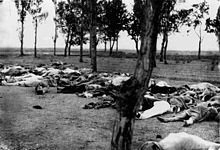 Scenes like this could be seen across Turkey in 1915